Wellbeing in the Post-Growth World with Eeva Houtbeckers 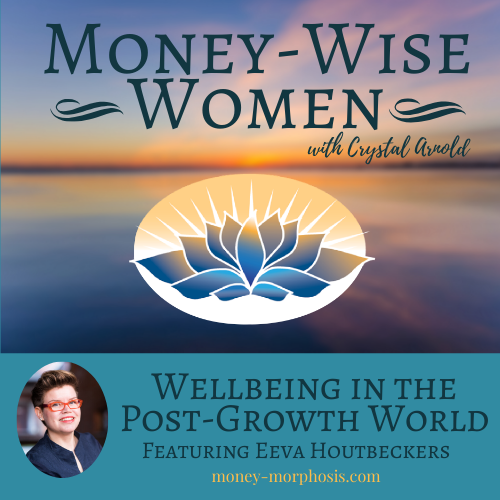 Women in Finland, Iceland, New Zealand, and around the world are calling for wellbeing to be put at the heart of government thinking. These elected leaders, researchers, and policy experts are prioritizing quality of life over economic growth.

Outdated economic theory equates the success of an economy with growth in production. That is why we hear so much about Gross Domestic Product, or GDP. Progressive economists connect our patterns of constant production and consumption with environmental crisis and collapse. They cite the paradox of endless growth within a finite set of resources. Future economic success must be focused on human wellbeing within ecological limits.

Post-growth leaders acknowledge that for people and the planet to thrive, it is essential to redefine wealth, success, and ownership. This movement is not about economic shrinking—it’s about changing the conditions, beliefs, structures, and agreements that mistakenly reward perpetual growth.

The case is clear to “Money-Wise Women” guest Dr. Eeva Houtbeckers, a post-growth researcher in Finland. In her postdoctoral studies, she examines livelihoods, land ownership, cooperatives, and economic and social changes to improve wellbeing.

According to Eeva, every sector is trapped by the framing of success as continuous economic growth. This influences the behavior, for example, of politicians, academia, pharmaceutical companies, private prison owners, and genetic scientists modifying seeds. When profit is the bottom line, people and the planet suffer.

To cultivate wellbeing, Eeva advocates systems that allow worker-owners to enjoy the fruits of their labor more fairly, building their autonomy and pride. Structures at the backbone of a post-growth world include worker-owned cooperatives, social enterprises (B-Corps), credit unions, and community land trusts.

“Post growth” means many things. It invites us to change the game from one in which “winning” means accumulation of measurable commodities to greater health of our environment and communities. We are at a threshold, stepping beyond capitalism to effectively address this socio-ecological crisis. Post growth is becoming an explicit policy goal in some European countries, as well as forming a central part of New Zealand Prime Minister Jacinta Arden’s wellbeing budget. 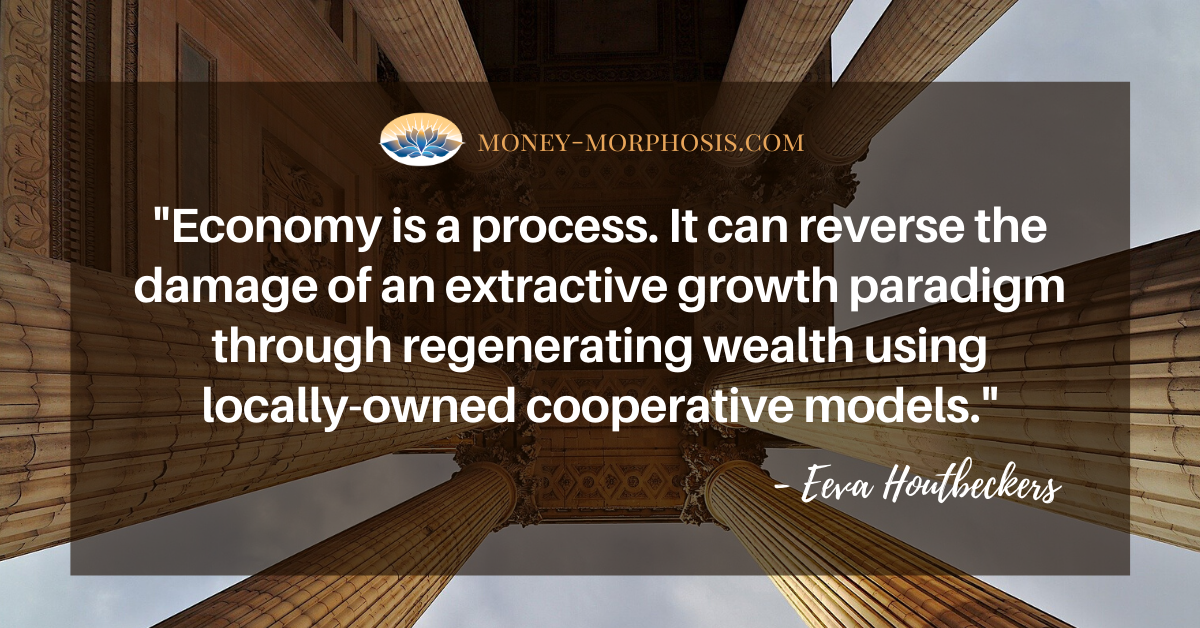 “Economy is a process. It can reverse the damage of an extractive growth paradigm through regenerating wealth using locally-owned cooperative models,” says Eeva.

A post-growth economy is designed to encourage people to repair instead of replace; turning to local craftspeople saves money and resources. Engaged community facilitators are mapping assets in local neighborhoods and inviting human connection instead of frivolous purchases. In doing all this, we drive forward an economy founded on wellbeing, efficiency, and community.

As Eeva explains, Finland is a Nordic welfare country where many things are provided by the government through taxation, like free education for all from preschool through university. Also, healthcare is mostly covered by the government. Families can trust that some basic needs are taken care of and have a social safety net when times are tough.

“Economy is what we do. It is the very matter of daily business at home, at work, in all communities. The revolutionary idea in diverse and community economies is that the economy doesn’t stop if there’s no waged work,” she says.

The question is not whether growth-based capitalism is good or bad—it’s clearly brought us an unprecedented high, yet wasteful, standard of living. What is coming next to repair the damage?

Through her inspiring work, Eeva shows how answers are emerging at every level, from policy proposals and community facilitation to a prosperity mindset and complementary methods of exchange. Together, as post-growth innovators, we can build a wellbeing-based economy that puts people and the planet before profit, rather than striving for endless growth. Healthy communities can thrive within ecological limits. 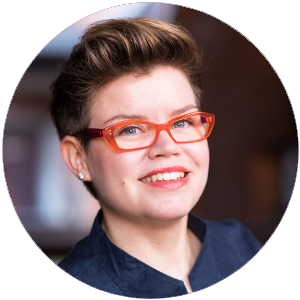 Dr. Eeva Houtbeckers is an activist and researcher in Finland. She is a member of the Finnish Degrowth Movement. Her research focuses on the role of all kinds of work in and for the paradigm change for post-growth societies. She follows projects focusing on forest use, land rights, and self-sufficient households in Finland. Her research is funded by Nessling Foundation and Kone Foundation, and she has an affiliation to the Department of Design of Aalto University. Follow her on Instagram and Twitter, and read her website.