Solidarity on the Economic Frontline in NYC with Cheyenna Weber 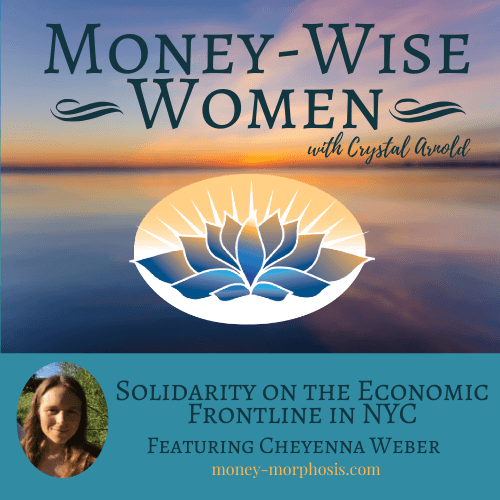 Cooperation is essential for responding to a public health crisis or natural disaster effectively. New York City is adapting to the chaos of the coronavirus pandemic, as it did following Hurricane Sandy in 2012. The urban food and housing cooperatives and nonprofits have a crucial role in creating more resilient systems that can meet the basic needs of all people, regardless of race or economic status.

Our most recent “Money-Wise Women” guest Cheyenna Weber is a Brooklyn-based writer, grassroots organizer, and educator pursuing community solutions. She is a co-founder of several organizations, including the Cooperative Economics Alliance of NYC.

The Covid-19 pandemic has exposed the fragility of our centralized financial, food, and healthcare infrastructure. In New York City, mutual-aid networks responded to the crisis by delivering hundreds of thousands of dollars of groceries to people in need. As the emergency phase passes, we can focus on the integrity of how we relate to each other, money, and land.

The solidarity economy thrives through cooperatives, barter networks, community-supported agriculture and other delivery mechanisms for the common good. Five values they use are cooperation, mutualism, ecological sustainability, democracy, and social and racial justice.

There’s a lot of money moving to create systemic change, and there are opportunities for individuals to participate in a way that builds solidarity. When a Brooklyn credit union alerted members of its community that it needed more deposits to continue giving PPP loans out to small businesses owned by minorities, people responded by opening accounts there.

We need inclusive responses to public emergencies that consider the needs of the most vulnerable populations. According to Cheyenna, small businesses, cooperatives, and nonprofits have been left out of the task forces at the city and state level in New York to determine the plan for reopening.

“We need to have other voices at the table — people who recognize our interdependence rather than those who seek only profit, even in the suffering of others.” — Cheyenna says.

Interdependence  is at the heart of cooperatives when they are at their best: they can be community vehicles to value transparency and inclusive decision-making processes. Collective wealth and economic security is cultivated through worker cooperatives and credit unions, potent solutions to the grief of financial suffering being exacerbated in this extractive economy. The unemployment rate in the United States jumped to 14.7% in April, and it continues to swell. 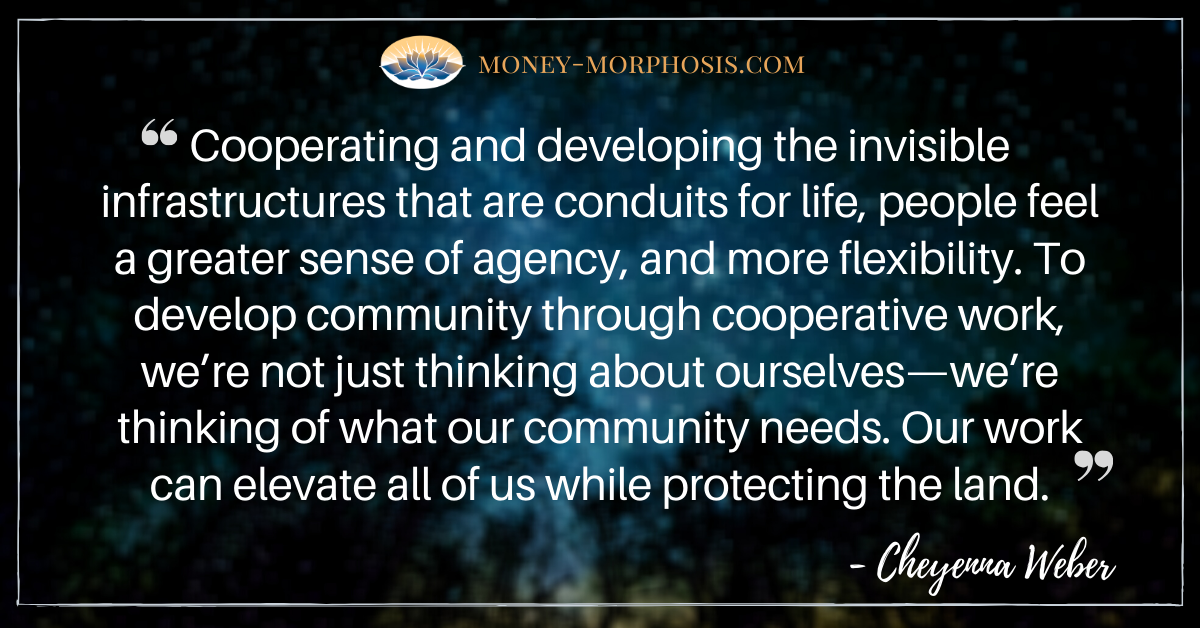 “Cooperating and developing the invisible infrastructures that are conduits for life, people feel a greater sense of agency, they can make more money, and they have more flexibility. To develop community through cooperative work, we’re not just thinking about ourselves—we’re thinking of what our community needs. Our work can elevate all of us while protecting the land.”

The community land trusts and housing cooperatives that Cheyenna advocates counter the forces of gentrification. By participating, people are actively cultivating reciprocal relationships with the land. The heart of financial-reparations work is assessing where was there benefit, and who is owed as a result of that.

Examples like the Sogorea Te Land Trust is an urban land trust founded in 2012 with the goals of returning traditionally indigenous lands in the San Francisco Bay Area to indigenous stewardship. The organization asks non-indigenous people living on Ohlone land to pay dues for the land that they live on, a “Shuumi Land Tax.”

In New York City, which has the largest urban native population in the country, a similar effort, the Manna-hatta Fund​ supports a nonprofit, American Indian Community House, that supports the health, sovereignty, and well-being of Indigenous people.

We need to strengthen the solidarity economy so that we can respond intelligently to public emergencies, whether infectious disease or climate change. We can build upon what is already working, and re-engage people in meaningful work that circulates value back into communities.

About “Money-Wise Women,” Cheyenna says, “It’s been great to be in this conversation. Thank you for lifting up these women’s voices. It’s not often that women get to talk about money in a public space. It’s an honor to share these stories. It’s a remarkable archive you are creating.” 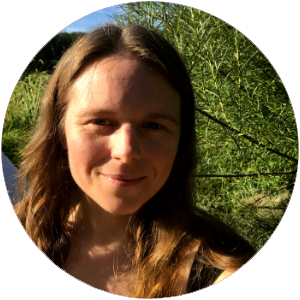 Cheyenna Layne Weber is a Brooklyn-based writer, community organizer, and educator pursuing community solutions that elevate the needs of people and the planet over profit. She grew up in rural West Virginia–where economic, ecological, physical, and emotional violence shaped her political and spiritual commitment to utilize love in response to oppression. She is a co-founder of Cooperative Economics Alliance of NYC, SolidarityNYC, and the Manna-hatta Fund. Visit cheyennaweber.com to learn more.