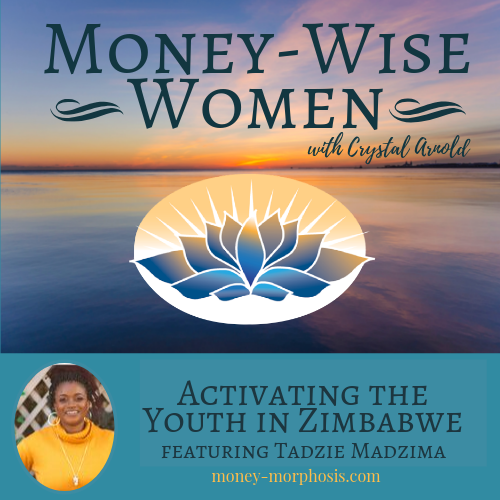 Excited youth milled around under the shade of palm trees in the balmy weather of Zimbabwe. Many were nervous. They were about to explore what they had to offer and what they needed from 150 other young people they didn’t know, as the opening to a weekend of leadership training.

Many would soon experience profound shifts in their sense of identity and belonging after the event which was organized by “Money-Wise Women” guest Tadzie Madzima, founder of IGNITE Youth. It was an unusual scene, teenagers talking together without electronic devices. Looking sharp in their finest clothes, they were about to impress each other with more than their appearance. Some were unsure whether they should be considered leaders, uncertain of the value that they had to offer.

The hopeful and bright youth sat in small circles. Over the next 90 minutes they participated in a process called the Offers and Needs Market in which community members come together to identify and exchange their passions, knowledge, skills, resources, and needs. They offered things such as surplus avocados, access to a recording studio, seeds and advice for vegetable gardens, and connection with a sound engineer. Through this simple exchange, the youth broke through gender stereotypes, created friendships, and gained confidence in their power.

Tadzie Madzima would have loved to experience this process when she was coming of age. Raised by a single mother in Zimbabwe, money was often tight. As a teenager, she was yearning to develop her interests and gifts. Her devoted mother worked long hours to provide for her three children and had little time to counsel them on their career and life ambitions. Many of her schoolmates got pregnant and dropped out of their studies. Tadzie became the youth coordinator at her church, and then founded IGNITE Youth to offer career coaching and mentorship. She is a role model for other women seeking to develop the confidence, skills, and knowledge to become financially independent and create income without resorting to desperate activities that sometimes include prostitution to afford food for their families.

Like many of these youth, Tadzie learned how to be generous even when money was scarce. She encourages people “to start helping where you are with what you have. Sometimes we think that we need money or resources to contribute to someone else’s life. It doesn’t take much for you to bring a smile to someone, and there are many non-monetary rewards for doing kind things.”

We discuss the powerful shift that happened as the youth at the Offers and Needs Market became vulnerable with each other by explaining their needs, Tadzie says, “Sharing needs can be seen as a sign of being inadequate or inexperienced. Yet through this process, the youth developed humility to ask for the help that they need. It broke down the perception of ‘I can’t ask someone to help me.’”

Humans long for a sense of belonging, and this feeling is especially acute in young adulthood. Many young people feel like they don’t fit in, or can’t find anyone with similar interests. This is why coming together to share resources is so powerful—it creates a sense of belonging that heals the isolation of modern societies. Generations ago, their grandparents likely came of age with initiations that established them as an integral part of their tribe, knowing they had valuable contributions to make toward the well-being of their land and people.

Again and again we see the power of a healthy marketplace healing communities through exchanges and gifts. Alfa Demmellash, a Harvard researcher in Rwanda during the genocide in the 1990s, says she saw women “re-weaving community” through the marketplace. Amidst the devastation, the loss of hope, trust, and culture, women kept showing up to trade at the local market. She realized that “the marketplace was where people organized their offerings, where they tested each other’s ethics, and where culture was created.” She experienced the power of the marketplace to heal people and “rebuild the fabric of a society from the ground up in a way that no IMF, World Bank, or other international organization was capable of doing.”

Tadzie and IGNITE Youth are planning to continue hosting Offers and Needs Markets to multiply local exchange and build a more vibrant economy in Zimbabwe. As the talent and wealth in their own community became visible, they felt that anything was possible. Each connection that is strengthened or initiated through these events is weaving together the more vibrant economy our hearts know is possible. 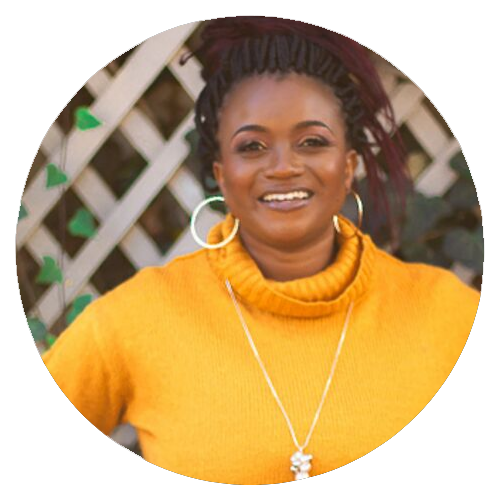 Tadzie Madzima is the founder of IGNITE Youth in Zimbabwe. She is global communications manager for Reach for Change, an international organization that runs innovation competitions, accelerators, and incubators to support social entrepreneurs who are solving pressing issues facing children and youth.