Financing Change and Changing Finance in California with Fiona Ma 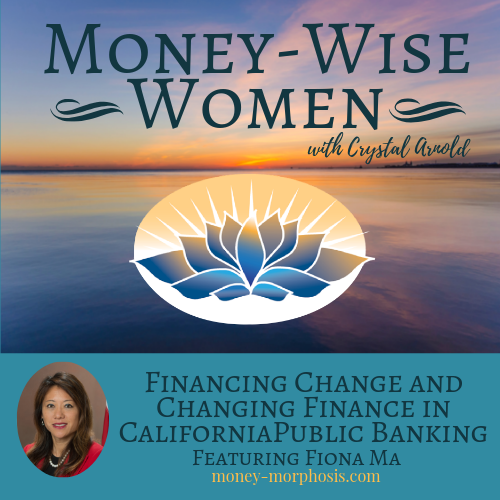 One such leader is California’s 34th State Treasurer Fiona Ma, “Money-Wise Women” show guest. When she was balancing her parents’ checkbook at eight years old, she had no idea that she would become the banker for the world’s fifth-largest economy, with a $3 trillion gross state product in 2018. Fiona is the daughter of Chinese immigrants, a certified public accountant, and an experienced public servant at the local and state levels, who won the 2018 election to be California State Treasurer with the most votes ever.

Her top three policy issues are housing, job creation, and the environment.

Fiona is a voting member of CalPERS and CalSTRS, the two largest pension plans in the United States, with assets totaling $661 billion. It is her responsibility to ask tough questions about gender equity, racial diversity, and environmental impact. She is asking companies to follow the United Nations Sustainable Development Goals, indicators for measurable achievements.

“When we are issuing bonds and working with corporations, we have the power to ask questions, and they know they will be ranked accordingly to their behavior. Women in power need to push the envelope and ask for data. We must demand results and follow up.”

Fiona is courageous enough to have tough conversations about money and marijuana.

Most federally regulated banks don’t want to touch cannabis-sourced cash as long as the drug is still classified as a Schedule I controlled substance. This severely limits the banking services necessary to run canna-business, even though marijuana is prohibited for any use in only three states. California estimated nearly $1 billion in tax revenue obligations from canna-business in 2018, yet the state received only about 30% of that, because of the industry’s exclusion by conventional banks.

When Fiona was on the State Board of Equalization, she was responsible for collecting sales taxes from the marijuana dispensaries. She says, “No one in the agency knew accurate numbers, because when you take out a seller’s permit there was no code for cannabis and it was hard to accurately gather the data.”

“We are breaking the stigma and encouraging banks to take cannabis money; there are only 12 in California that do. When people are transacting, they are using backpacks full of cash to pay for their services. This is not efficient or safe, and this is why we desperately need banking access.” 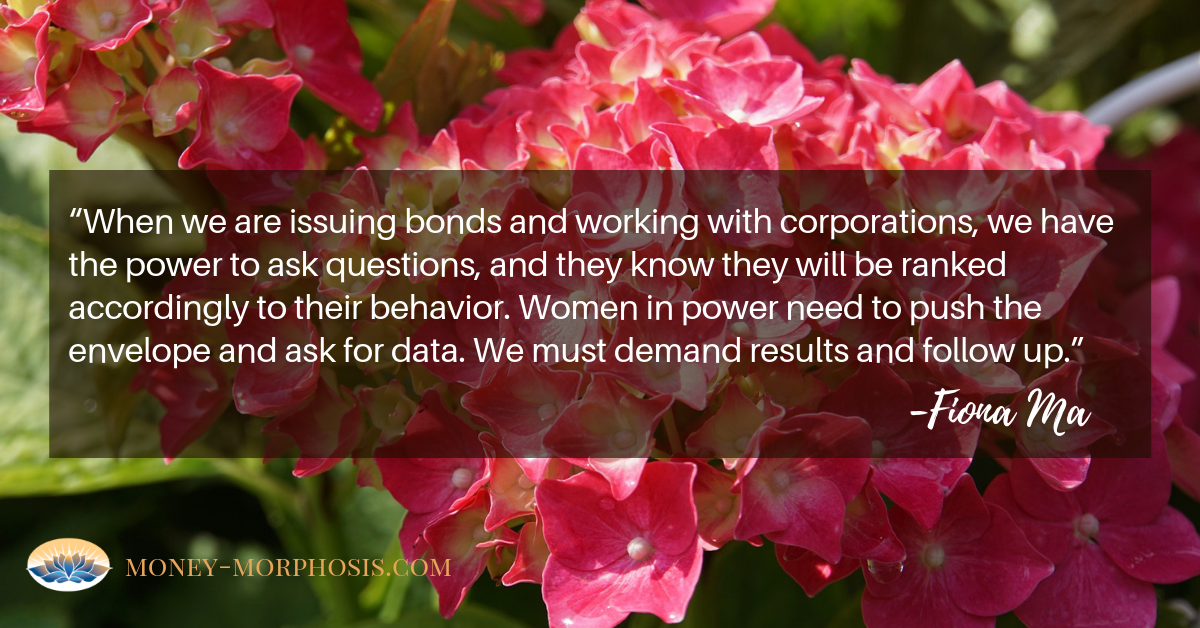 California’s Public Banking Act, AB-857, is moving through the state’s legislature in July 2019. If passed, it would allow towns and cities across the state to charter their own banks. It would not actually establish a public bank; it would simply provide municipalities with the option to do so.

Fiona says, “I manage the state’s money in a fiscally responsible and inexpensive way. I support the public bank model. It is an important and growing movement as banks consolidate and charge high fees, and many people are unable to access money.”

We discussed the existing California Infrastructure and Economic Development Bank, established in 1994 by the state legislature and funded through the governor’s budget to provide infrastructure improvements. They are essentially a revolving loan fund used by local governments, nonprofits, and businesses to build essentials such as roads, hospitals, parks, and cultural centers. The I-Bank can issue its own bonds, and in 2015 it started funding renewable energy projects. Fiona confirmed that a public bank could be set up in the same way.

The Green New Deal calls for a revival of postal banking, which was active until 1967, and could provide affordable banking services to under-served populations. Credit unions are an important player in the financial ecosystem. I work with the Post Growth Institute, and we have initiated a research study of credit unions; they circulate value into communities because profits are not extracted into the hands of private shareholders.

Fiona says, “I am fully supportive of credit unions. They started in communities because there was a need, and they serve an important purpose. I would like to see them grow, because they are a great avenue for people who don’t make a lot of money or have access to credit to be able to start a business, buy a car, or a home.”

It is not surprising that women are pioneering a partnership economy that fosters greater well-being. Elected women from California are holding corporations accountable. Fiona is one of several California women asking tough questions of white men in power, such as Katie Porter grilling bank executives and Kamala Harris challenging Joe Biden.

“Money-Wise Women” is proud to broadcast advice from State Treasurer Fiona Ma about how progressive leaders in California are financing change and changing finance. 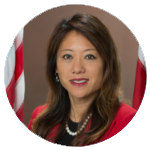 Fiona Ma is California’s 34th State Treasurer. She was elected in November 2018 with more votes than any other candidate for treasurer in the state’s history. Fiona is the first woman of color and the first woman certified public accountant elected to the position. Simply stated, Fiona Ma is the state’s banker. Her office processes more than $2 trillion in payments within a typical year.

The California State Treasurer’s Office did a study called the “State-Backed Financial Institution (Public Bank) for the State of California Servicing the Cannabis Industry Feasibility Study 2018."