Tribal Communities: Living for a Living with Se-ah-dom Edmo 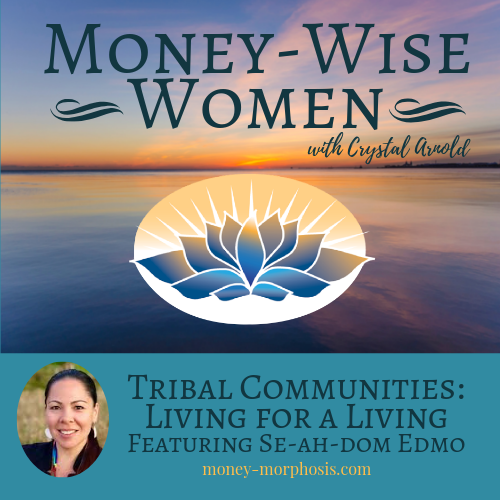 Sacred reciprocity is at the heart of all living systems. Indigenous wisdom recognizes the values threading the intricate web of life. Social justice activists are transforming colonial capitalist marketing into more intimate economies where people depend on their neighbors. A culture of reciprocity is founded on gratitude for the interwoven responsibility we have to each other.

“Money-Wise Women” guest Se-ah-dom Edmo is a community organizer for racial and social justice who loves to talk about taboo topics. She is Shoshone-Bannock, Nez Perce, and Yakama. She has influenced Oregon state policy for native-focused curriculum schools. She is co-editor of the Tribal Equity Toolkit that serves to facilitate the extension of traditional tribal values of equity and welcome to two spirit and LGBTQ tribal members.

We discuss the impacts of the extractive economy on the people living on reservations. After acknowledging the economic difficulties of this population, we then imagine what is possible with empowered innovations. Confidence builds when traditional skills and knowledge are recognized as valuable.

Se-ah-dom asks,“How do we value tribal enterprises? How can we radically think about how we shift our worldview to think of ourselves as enterprise builders. Where do we spend our money? Where do we get our money?

“We’ve been conditioned to think that as long as we do good work and keep our expenses down, then that’s enough. But are we cultivating an economy that’s invested in our survival, or one that is invested in our destruction?”

The accumulation of wealth in the hands of a few is the result of the persistence of white colonialism. “There is an inextricable connection between settler colonialism and white supremacy; these drove conquest and justify the legal authority to extract value from indigenous people and lands around the world.”

Se-ah-dom says, “What we need is an entire system change. How do we create the economies that call into existence the tribal communities of the future? We cannot survive in food deserts with dollars only circulating in our communities for two weeks. It is monetarily extractive, and we’ve already lived through an era of intense resource extraction.”

We discuss approaches to reveal and mobilize community using the process we have developed at the Post Growth Institute. She says about it, “The potential of using the Offers and Needs Market to benefit tribal economies is huge. Modern society separates us while commodifying our work and skills. In traditional tribal communities there was ceremony in the everyday contributions people made; they didn’t have a job separate from their purpose.They lived for a living. The beauty in your process is returning to those original instructions about how we are in community with one another, to treat one another, and to value one another.” 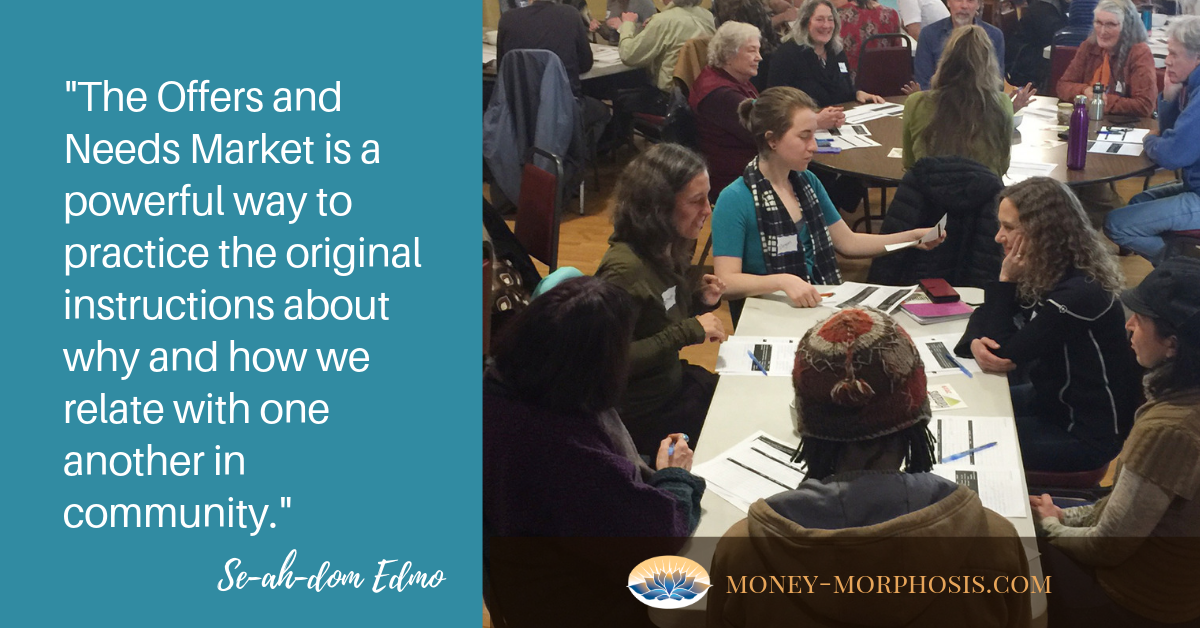 The Offers and Needs Market is a powerful way to practice the original instructions about why and how we relate with one another in community.

Both Se-ah-dom and I are committed to cultivating more prosperous communities. Through our policies and processes that are reciprocal and contribute to the well-being of both individuals and communities. Indigenous women including Se-ah-dom are calling forth a more vibrant economy that regenerates the health of our families and land.

MRG Foundation  “Justice Within Reach” gala on May 31 in Portland, Oregon 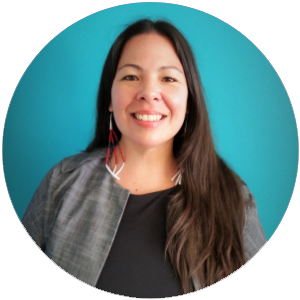 Se-ah-dom Edmo, Shoshone-Bannock, Nez Perce, and Yakama, is the executive director of the MRG Foundation. She brings deep experience in community organizing for racial and social justice work across the nation. She is co-editor of the Tribal Equity Toolkit 3.0: Tribal Resolutions and Codes for Two Spirit and LGBT Justice in Indian Country and American Indian Identity: Citizenship, Membership and Blood. Prior to joining MRG, Se-ah-dom served as the sovereignty program director at Western States Center, where she was the coalition convener of “Oregon Senate Bill 13: Tribal History/Shared History” in 2017. This law established and funded teaching of Indian history and sovereignty in K–12 schools across the state. A hallmark of her career has been fostering relationships and collaborations between tribes and organizations that work for social, racial, environmental, and economic justice across the region. She is currently a member of the Steering Committee of Oregon Recovers and is a senior fellow of the American Leadership Forum of Oregon. She lives in Portland with her husband, James, and their children, Siale, Imasees, and Miyosiwin, as well as her parents, Ed and Carol Edmo.