Real Wealth of the Caring Economy with Riane Eisler 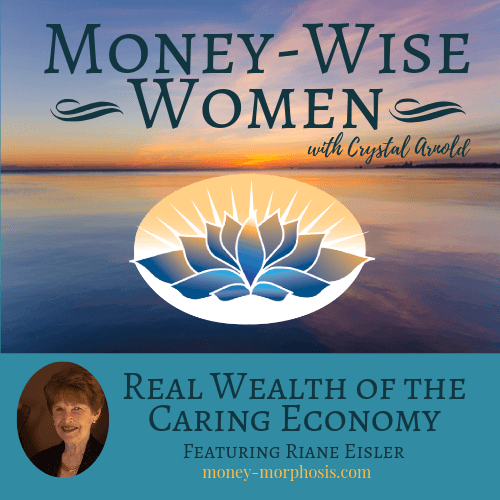 The fuel of a more humane economy is not profit but a responsibility to care for one another and for the earth.

Real wealth includes the often unseen labor of mothering or caring for the elderly or the sick. The mass of the world’s poor and the poorest of the poor are women and children. The average woman spends 15.0% of her working years outside of the workforce caring for children and elderly parents compared to the average man’s 01.6%. The well-being of society depends on the often free labor of women caring for others.

Fully valuing the work of women is essential. It’s time to disengage from systems of domination and to participate in partnership systems that value everyone’s contributions.

“Money-Wise Women” guest Riane Eisler is a cultural historian, systems scientist, educator, attorney, speaker, and author. Her research has had impact in many fields, including history, literature, philosophy, economics, psychology, sociology, education, organizational development, political science, and healthcare. Her books include The Chalice and the Blade: Our History and Our Future, and The Real Wealth of Nations: Creating a Caring Economics, and Sacred Pleasure: Sex, Myth, and the Politics of the Body—New Paths to Power and Love, an exploration of the origins of human violence.

As a young child, Riane escaped the Nazis by fleeing from her home in Austria to Cuba. Influenced by this early experience, she has questioned systems of domination and scarcity that are causing suffering and poverty. She is dedicated to engaging people in partnerships to create greater well-being for people and planet. Her inquiries into the value of women, the power of pleasure, and the understanding of money have been profound.

The Caring Economy Campaign is a project of the Center for Partnership Studies, co-founded by Riane. They are creating clear measures of the economic benefits of the work of caring for people and nature. They have developed Social Wealth Economic Indicators (SWEIs) to help guide policymakers in developing an economic system that takes into account unpaid or underpaid labor, overall health and well-being, and the general welfare of the population.

Riane explains the core configurations of a hierarchical structure that is reflected at every level of society. The dominator system is rooted in the family structure, ingrained through education, and then reinforced by the political state. She emphasizes the increased importance of creating partnerships and collaboration that create real wealth, and she speaks to the potential and peril of the systems-shift that is happening. We discuss endeavors that are shifting culture from domination toward partnership systems, including my work with the Post Growth Institute.

Riane says, “There is enormous value in people coming together for the Offers and Needs Market and exploring new ways of thinking, acting, and being.” Markets of exchange where people share their offers and needs are a fundamental for a culture’s well-being. Humans need face-to-face connections that build trust and weave a partnership culture through conversations.

According to Riane, the core configuration of the partnership system consists of:

You can read more in “Building a Caring Democracy: Four Cornerstones for an Integrated Progressive Agenda”, in which Riane describes the four key elements of this cultural transformation into a caring democracy: family and childhood relations, gender relations, economic relations, and narratives and language.

We discuss qualitative measures that show both quality of life and long-term economic success. “Develop the lasting capacity of the economy from within,” she advises. Riane is co-authoring a book with Douglas Fry that will be published this year entitled Nurturing Our Humanity: How Domination or Partnership Shape Our Brains, Lives, and Future. It offers a holistic conceptual framework that describes the four cornerstones for building partnership cultures. 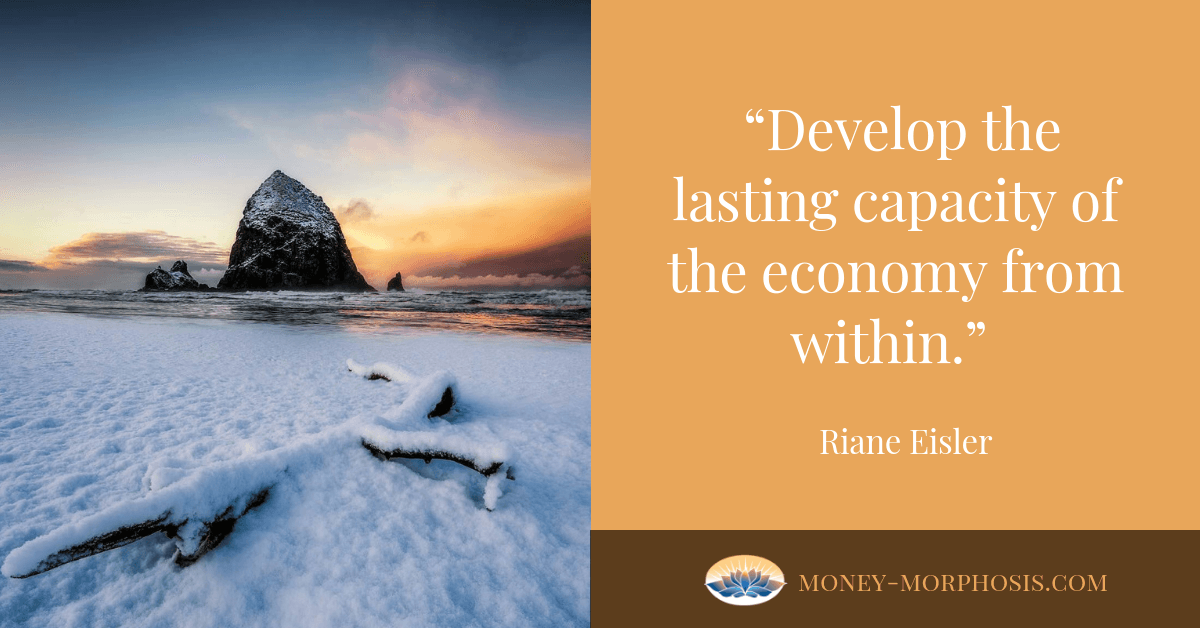 Develop the lasting capacity of the economy from within -- Riane Eisler

The Nordic countries provide an example of a more egalitarian culture.

“Sweden, Finland, and Norway have narrow gender gaps. These nations pioneered caring policies such as universal healthcare, high-quality early-childhood education, generous paid parental leave, and elder care with dignity, along with greater focus on caring for our natural environment. This is not coincidental. It is directly related to the higher status of women (including almost-equal representation in national legislatures), and, with this, priority is given to caring, whether for people or nature.”

Read more in Riane’s article: “Roadmap to a Caring Economics: Beyond Capitalism and Socialism”.

As we value the work of caring for people and planet, we create a legacy of true wealth. Riane’s prolific study of the nature of human exchange and how to build partnership cultures has illuminated a pathway of thriving together. 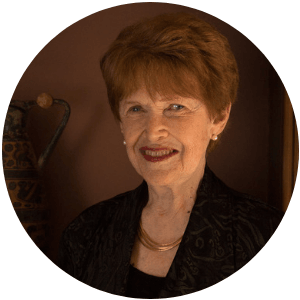 Riane Eisler is internationally known for her new systemic analyses of human societies and her pioneering work for the human rights of women and children. Her books include The Chalice and The Blade: Our History, Our Future (in 27 foreign editions and 56 U.S. printings), The Real Wealth of Nations: Creating a Caring Economics (hailed by Archbishop Desmond Tutu as “a template for the better world we have been so urgently seeking”), and her forthcoming Nurturing Our Humanity: How Domination or Partnership Shape Our Brains, Lives, and Future, to be published in 2019 by Oxford University Press. Dr. Eisler is president of the Center for Partnership Studies, is editor-in-chief of the Interdisciplinary Journal of Partnership Studies, keynotes conferences worldwide, speaks at universities, and consults to business and government on the partnership model introduced in her work. Visit the Center for Partnership Studies.

This episode is sponsored by Brenda St Louis at https://www.brendastlouis.com