The Intersection of Culture, Climate, and Money with Georgia Kelly 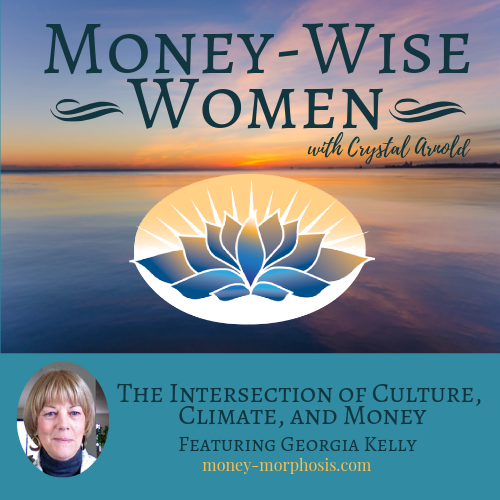 Engaged citizens are advocating for social justice and economic fairness while addressing the realities of climate change. Both systemic and personal transformation is happening through our conversations about money and equity. There is a cultural shift from dogma, dread, and despair to curiosity, wonder, and possibility.

At the intersection of culture, climate, and money, human potential is blossoming.

“Money-Wise Women” guest Georgia Kelly is the founder and executive director of Praxis Peace Institute. Georgia shares her experience as a woman pioneering in a field of predominantly men, both in the philanthropy world and in her days as a recording artist. She says, “Praxis began as an inquiry process…. Peace is a result of right livelihood, and the economics of how we live is critical for creating peace.” 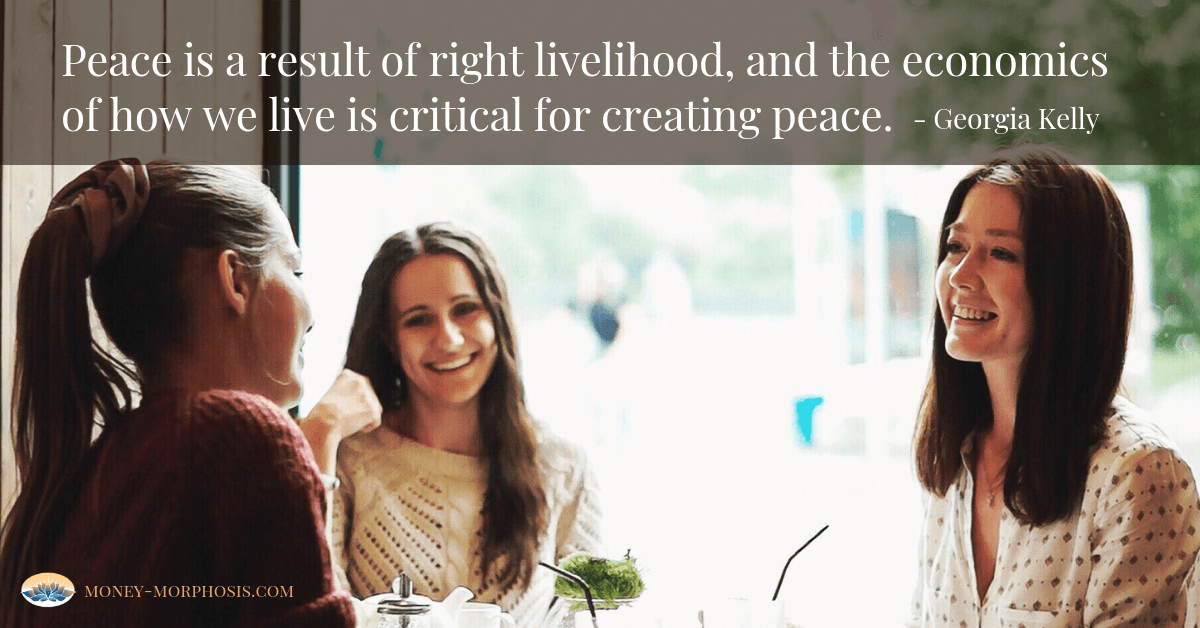 I first met Georgia at the event she organized in 2009, the Economics of Peace Conference in Sonoma, CA. It was an engaging convergence of many financial and spiritual pioneers. While there, I enjoyed stimulating conversations with luminaries including Charles Eisenstein, Orland Bishop, Woody Tasch, and Ellen Brown.

I am excited to attend the Economics of Climate Justice conference in Sonoma, California, on December 2-4. Georgia asks, “What values do we need to strengthen in our culture to make social justice and economic fairness happen?” As we come together to explore this, innovation happens.

Georgia has been leading tours to the Mondragon Cooperative in the Basque Region of Spain for ten years. This the largest group of worker-owned businesses in the world. Founded in 1955, they include over 100 business with over 80,000 worker-owners. They have a banking system and supermarkets across Spain. They manufacture a variety of goods, including elevators, bicycles, and auto parts. Mondragon also has a university and is the largest research and development complex in Europe.

This worker-owned cooperative is a guiding light. Mondragon demonstrates what is possible in a collaborative economy. I am inspired by their integrity, ethics, and compassionate culture. A CEO makes no more than six times the lowest paid worker. Georgia says, “There is a commitment that all work is respected. There is no poverty and there is no great wealth.”

In this episode we also discuss the Green New Deal. Georgia is involved with the Public Banking Institute, and she says that a public bank will be established in California in the next few years. A city or state would deposit their tax money here, and leverage it to fund public projects, such as road repairs, a new rail system, or education. Many people don’t realize that roughly 40% of public infrastructure budgets are allocated for interest payments to private banks. We discuss the nearly bankrupt energy company PG&E becoming a public utility. One renewable energy endeavor she suggests is the Solutions Project.

The economy is a social construct that can be designed to regenerate people and planet. Worker-owned cooperatives demonstrate what is possible in a more just and equitable world. This is a pivotal time to shift our perspectives and create a more vibrant world together. 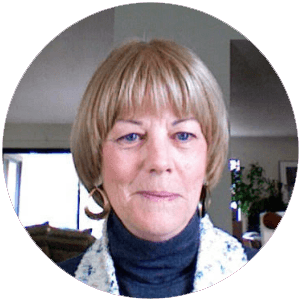 Georgia Kelly is the founder and executive director of Praxis Peace Institute. She creates educational programs for Praxis as well as leads workshops in conflict resolution and seminars abroad. She organized three seven-day peace-building conferences in Dubrovnik, Croatia (2000, 2002, 2007) and four conferences in California that focused on the economic aspects of systemic change. In 2008, Georgia began leading seminar/tours at the Mondragon Cooperatives in Spain, and the 10th Praxis seminar will be held there June 16-22, 2019. Find out more at: www.praxispeace.org.

In 2013, Georgia edited and co-authored Uncivil Liberties: Deconstructing Libertarianism, a critique of libertarian ideas and laissez-faire capitalism, and in 2017 she published The Mondragón Report, a chronicle which includes twenty-two accounts from previous participants in the Praxis/Mondragón seminar and how they have been able to apply what they learned upon returning home. Other publications include articles in YES! magazine, Shift magazine, Tikkun magazine, local newspapers, and others.

Georgia has chaired many issue-based political organizations and educational forums. She chaired the Marin County chapter of Jerry Brown’s presidential campaign in 1992 and was a delegate at the Democratic National Convention that year. She worked locally on Bernie Sanders’ campaign in 2016 and is gearing up for his campaign this year.

Her previous career was as a musician: harpist, composer, and recording artist. Her albums charted in the top ten of Billboard’s classical crossover and new age categories.

Find out more at: www.georgiakelly.com.